Amazing Recycle and a Knock-off

Man, I've been MIA lately, haven't I?! When Blogger went down last week, forcing me to take a little hiatis from the blog, I dove into my painting and got lost. I also took some family time all of which equals several days with no blog post! Anyway, I'm back and I have the coolest thing to show you!

There are a lot of recycled and refurbished items out there. To be honest, I don't like a lot of them. It's that perfectionist thing again. They just tend to look....um....recycled, and not in a good way. The creations that really grab me are the ones that are amazing uses of things that don't look like what they actually are.
Case in point:

Is this thing not gorgeous?! Artist Stuart Haygarth created this beautiful work of art. Can you guess what he made it from? It's the lenses from old glasses!!!! Here's what his website said about it:

The Optical chandelier is created from over 4500 prescription spectacle lenses. The lenses are hung on monofilament line which hang from a platform. The lenses form a spherical shape which imitates a disco mirror ball but rather than the light being reflected the light is refracted through the many layers of glass lenses. A magical explosion of light is created. The light is illuminated by a clear 100w incandescent bulb.
Materials : Prescription spectacle lenses, monofilament line, sprayed MDF platform

I stumbled across this one day when I was looking for some inspiration to create a chandelier of sorts for my bathroom to hang over the tub.  This is the one I wanted:


﻿
﻿﻿﻿
﻿﻿﻿ ﻿
There was just one small problem, while I don't have the price written down, I know it was WAAAAYYY out of my budget! So, I started looking for a way to recreate what I wanted. I considered other cheaper versions like the one at World Market ($69.99 = too much for too little) shown here:

They all just seemed to wimpy as well as too expensive for my unfortunate "Champagne" taste. I thought about ordering the shells to make my own, but that wasn't going to save me much money in the long run. Gotta be another way. Finally, I found this on Design Sponge:


As nice as this is, I didn't care for the ribbons and wanted the crystals as shown in my "want" photo. So, I got out the wax paper and went to town. Yes, that is WAX PAPER! I followed the directions for above for the most part, but I did a few things different.

First, I used a plant basket I had on hand that I gave a fresh coat of glossy white spray paint. Then, I used fishing line and hot-glued the discs to it instead of ribbon. I sprayed the whole thing lightly with Folk Art Finishes Pearlcote Glaze Aerosol Spray and found some little crystal beads that I glued to the end of each line. This and the crystals are what turns a DIY project into a "piece de resistance" (not really, but you get the idea)!

The other problem I had was the building code around these parts won't allow a hanging chandelier over a tub and the existing light was a recessed can light with an ugly plastic cover over it. So, I popped the cover off, held the basket to the ceiling centered over the light, and marked three evenly spaced points around the circumference. Then, I inserted three small white cup hooks into the ceiling and put in the brightest halogen bulb the recessed fixture would handle (cooler than incandescent). Lastly, I hung the "chandelier" in the cup hooks and wha-la! I had me a classy "capiz" chandelier for less than $20 that also met code. 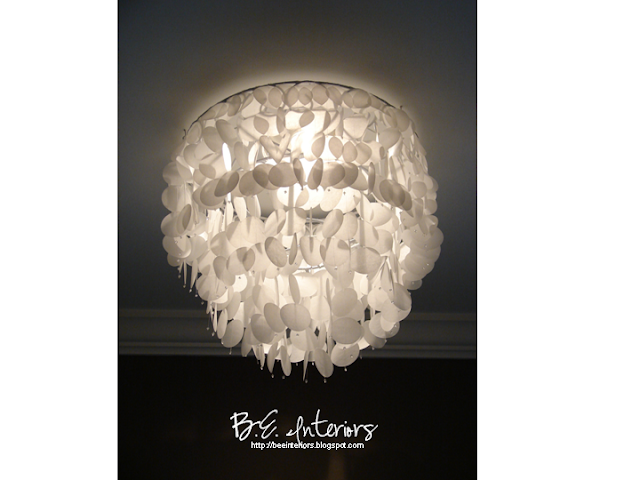 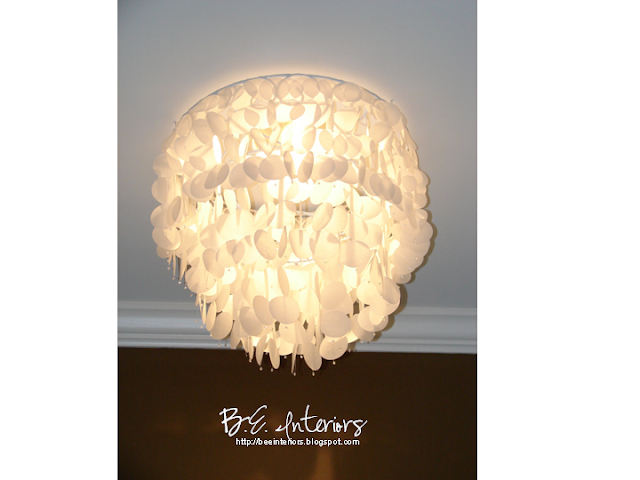 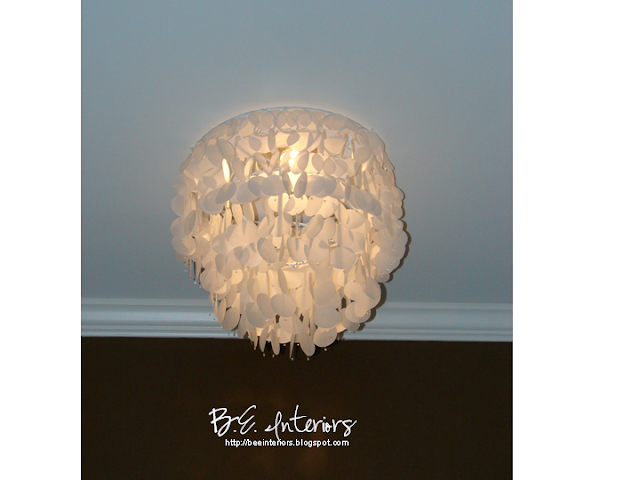 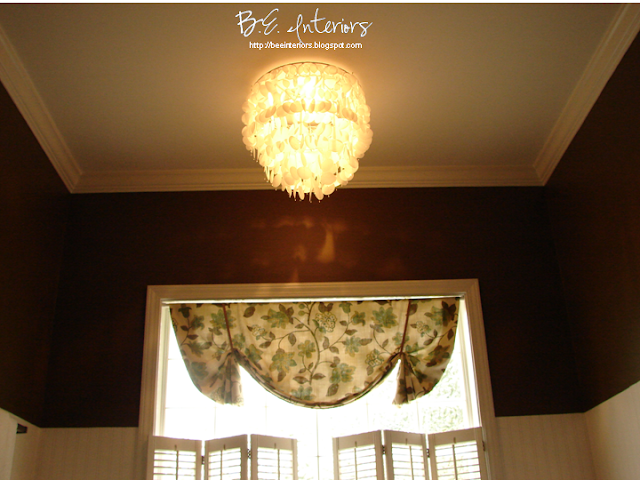 I'd still like to tweak it some. I may recreate this again if time ever permits and use a better basket I found at my local farm seed store. It is better suited to create a cascade effect of the "shells". I'd also hang each section at alternating heights so the "shells" don't create vertical lines going around the basket. Other than that, it came out pretty good.

If you want to find some beautiful stuff that could be recreated with some imagination and hard work, check out this website: http://www.olystudio.com/index.html. There are so many things on here I'd love to recreate for way less than they sell it for:) In fact, look what I found today while hunting for the "want" chandelier image - talk about coincidence!

p.s. If you want your "shells" to look even more like Capiz, don't over-iron. Perfectionist...here...went and ironed all the bubbles out, then realized they look more authentic with. This one of the reasons I want to redo this project. I also forgot to add the main big crystal in the center, so I've attached it and retaken a couple of photos. - update on 5/24/11 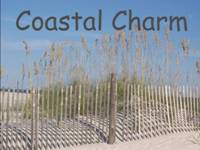 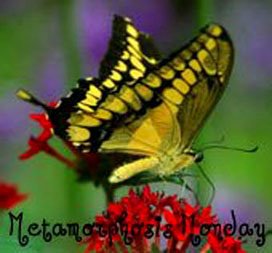 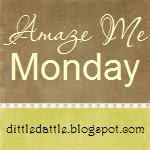 One of the highlights of each day is hearing from my readers!

Miss B.e.e.
Welcome to my blog! I'm a career woman turned stay-at-home mom to three adorable boys, wife, artist, and incurable DIYer, thrifter, decorator. My favorite mediums are fabric, paint, and wood. What can't be made beautiful with one of those? This is my blog to share my work, ideas and things I've learned. I hope you are as inspired by my writings and photos as I am by so many of you wonderful design bloggers out there!